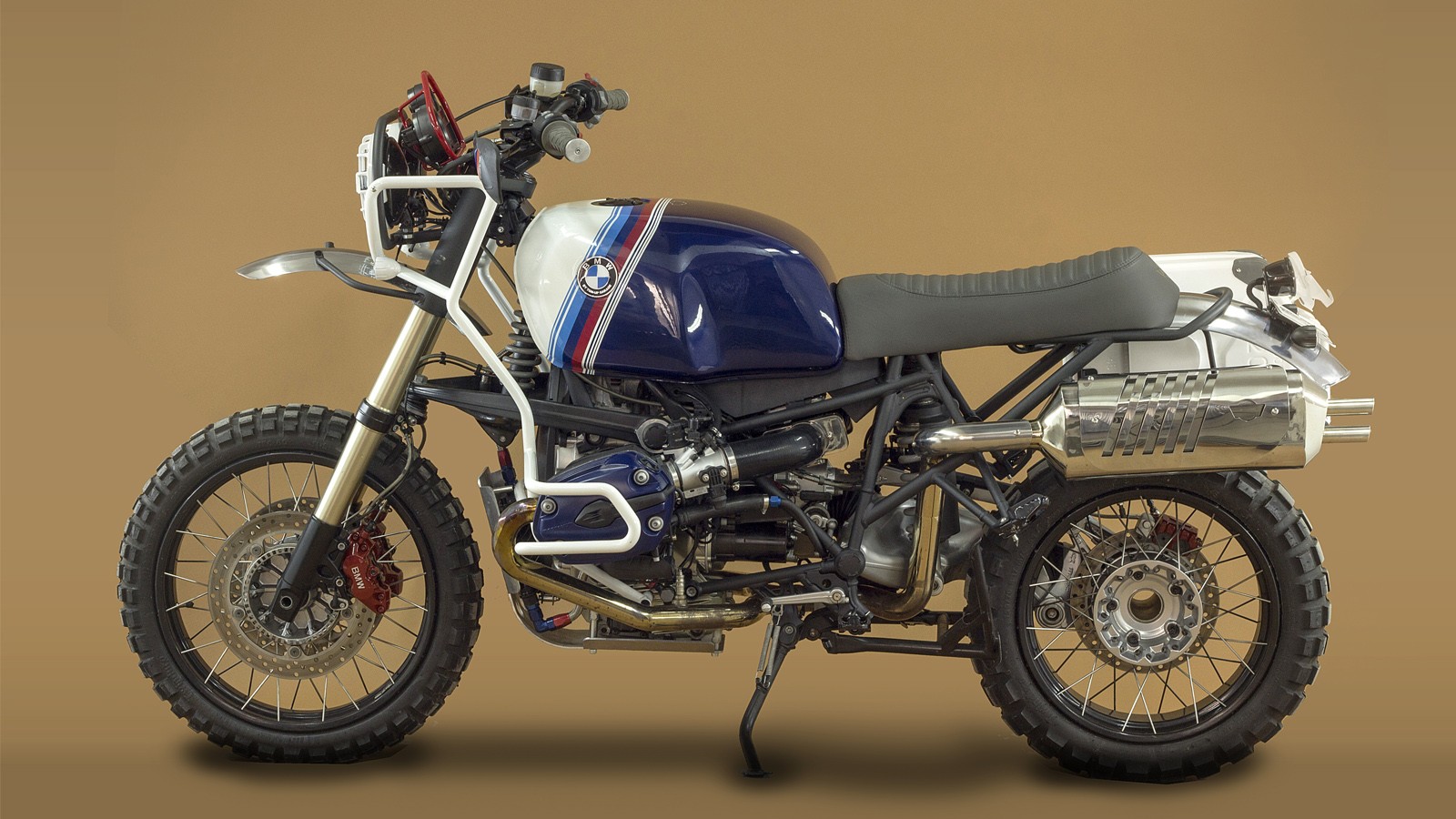 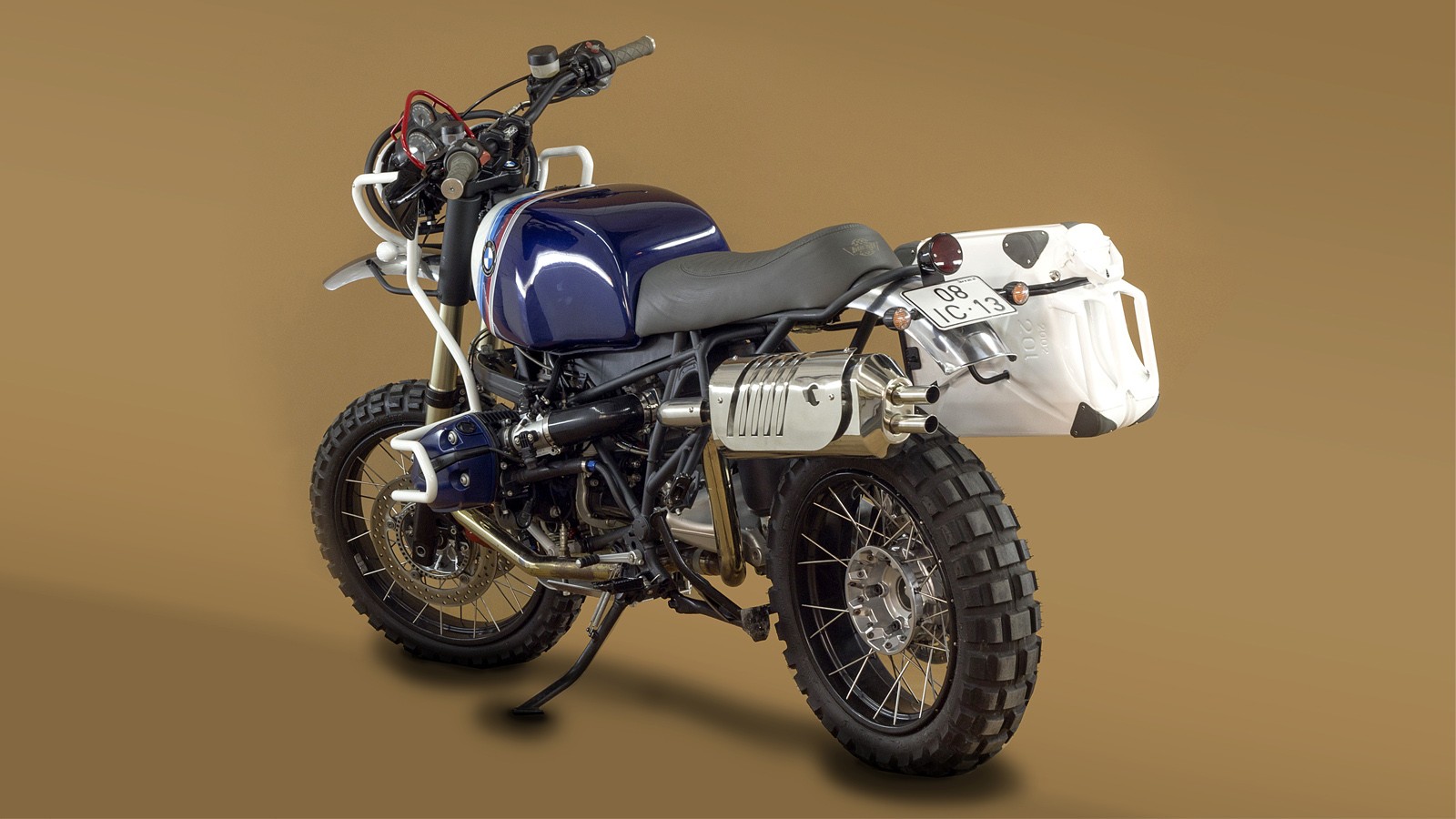 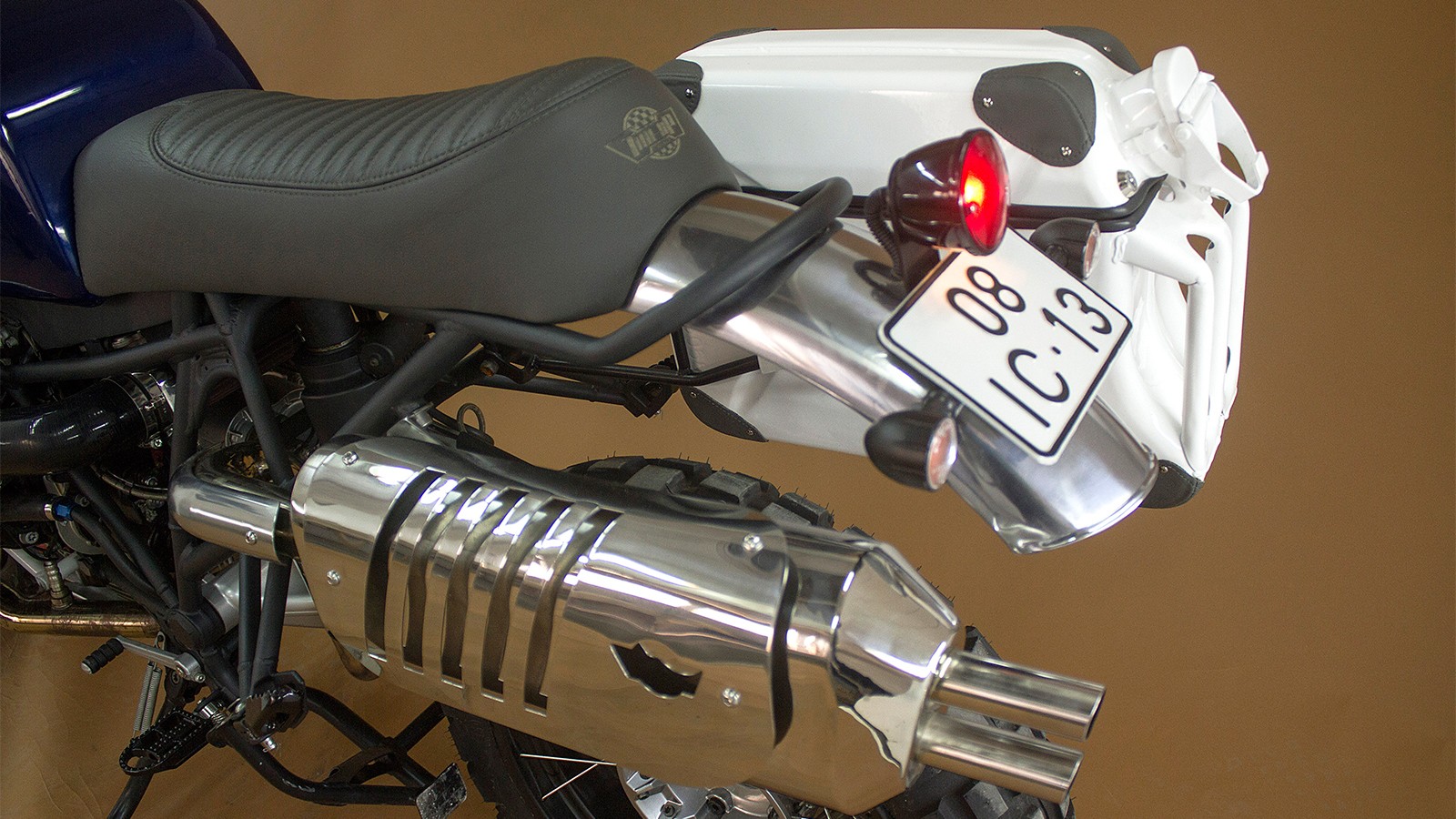 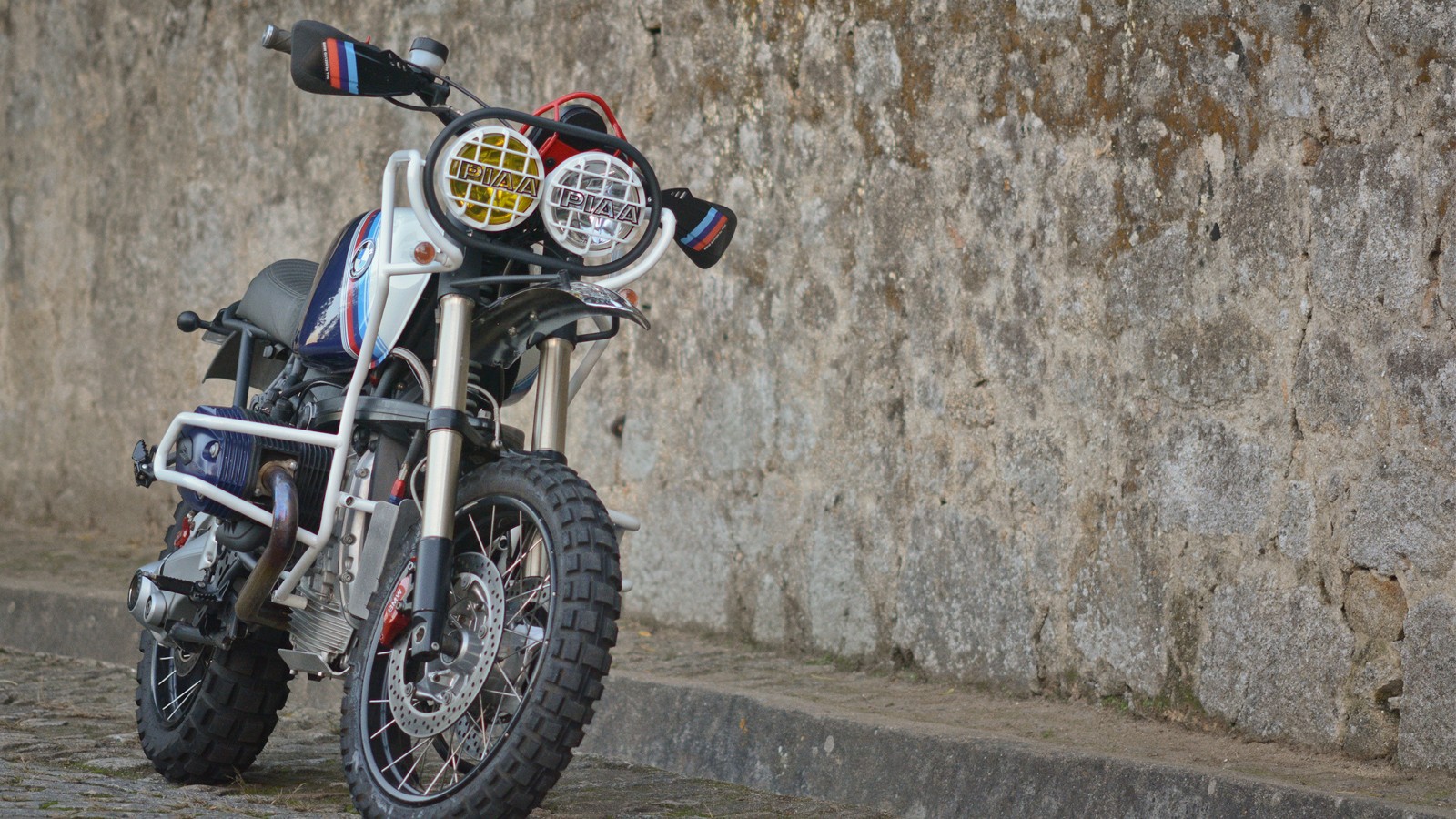 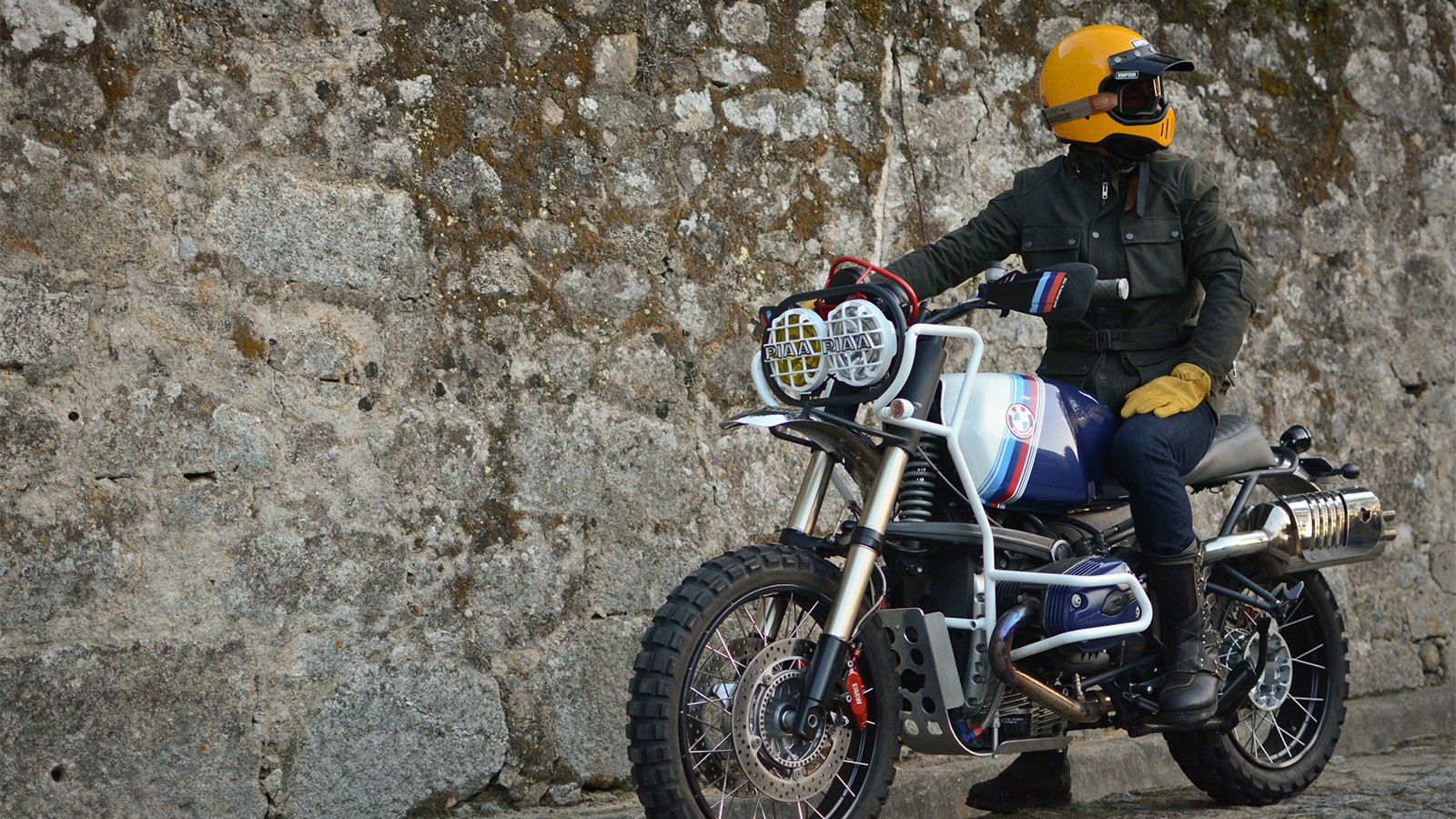 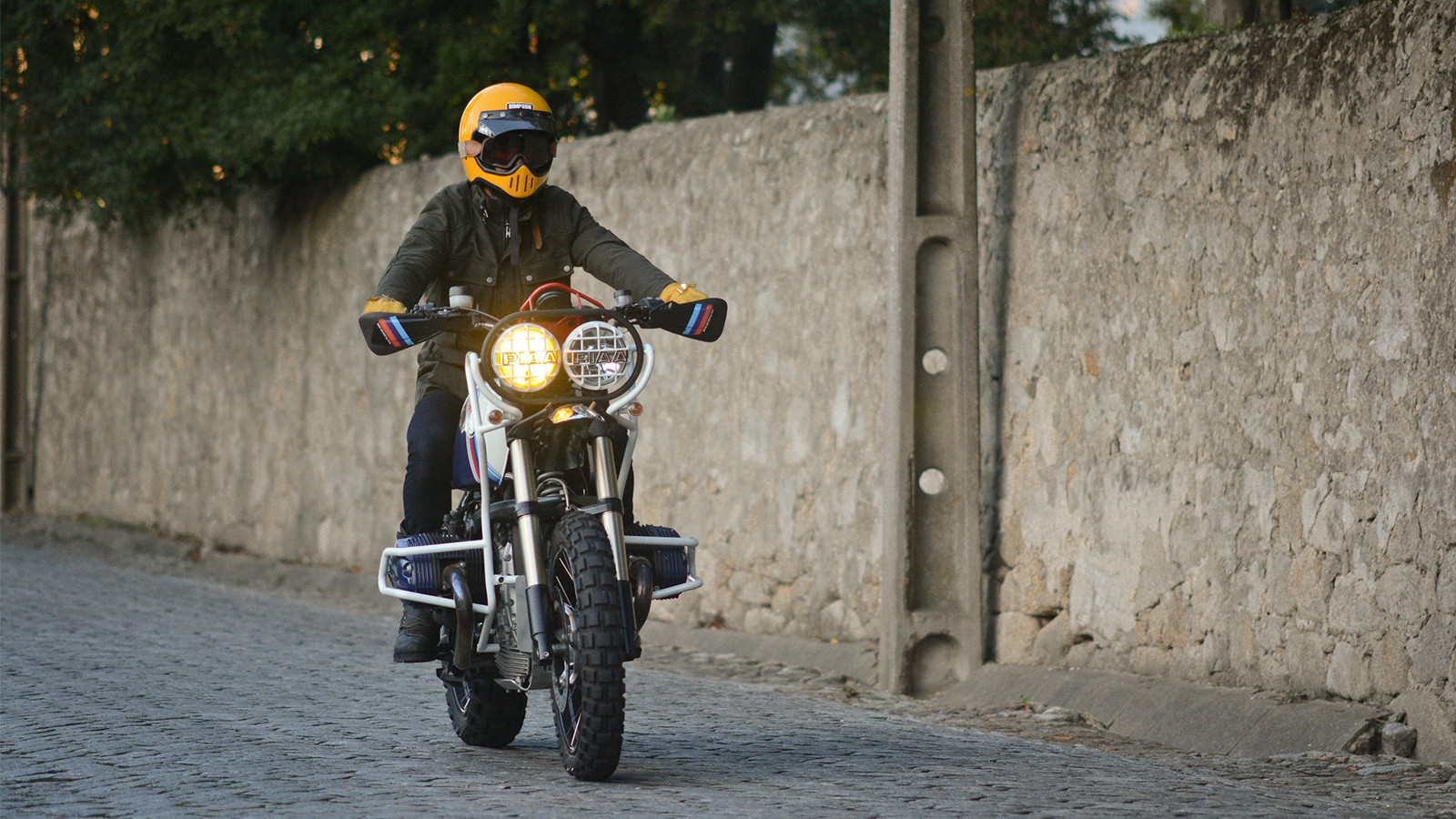 Hunter was built having the Scram Africa in mind, but unfortunately we were unable to go and ride it there. We were really anxious to work on a BMW GS1200 for a long time, we even thought about customizing a HP2 model because it’s much more lighter and off-road targeted motorcycle, but the HP2 are hard to find and expensive. The GS1200 is much more a cruiser bike than an off-road bike, much more challenging to ride on dirty surface and also, aesthetically a much bigger challenge to work on it. We were strongly pointed to the direction where the entire body of the bike needed to be replaced, tank, seat, subframe, mudguards, etc...

So the changes on this bike were really important and it was really difficult to make some changes working. We’ve built a new fuel tank, starting from a R80 fuel tank and modifying it, it’s now longer and also wider than the original model. Underneath it was also completely modified to accommodate the fuel pump. To accommodate this fuel tank we were forced to remove the ABS system, because it impossible to fit this tank with it on the bike.

We’ve completely modified the upper frame of the bike to accommodate the fuel tank, fitted a electric box where we put lot’s of the electrics along with the battery. The rear section was built to put the seat (it takes two persons), rear footpegs and rear mudguard. We’ve built two new chrome mudguards, the rear mudguard has a black taillight and indicators. We’ve also fitted a side case that was painted in white and upholstered in the same grey leather we’ve used on the seat.

We’ve fitted a KN airfilter and new airflow tubes to work with this filter. We also built an entire stainless exhaust for this bike.

We’ve fitted a pair of spoke wheels from the GSA version and TKC 80 tires, although on offroad we prefer other models, these are excellent on road and they have a nice offroad style.