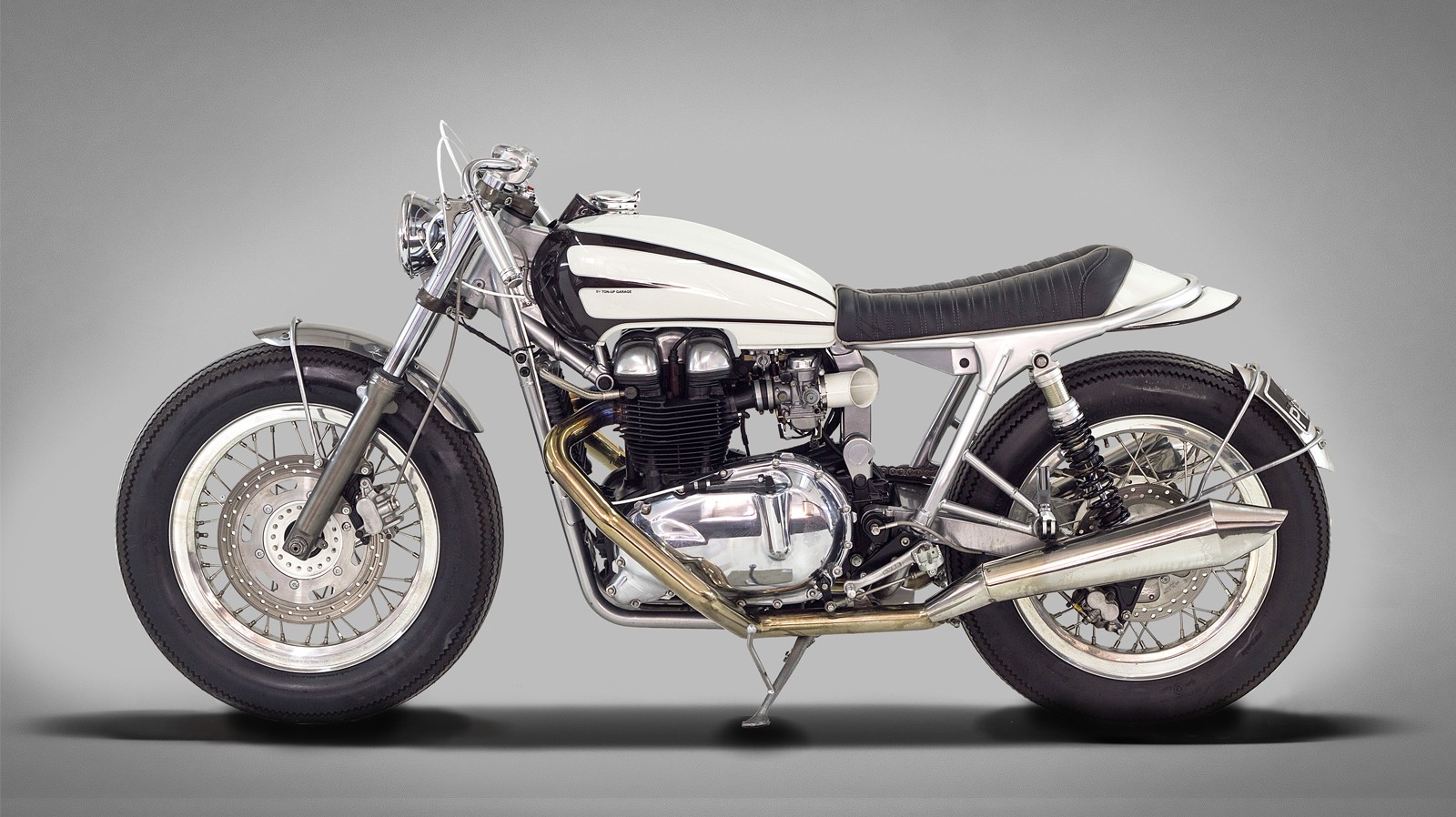 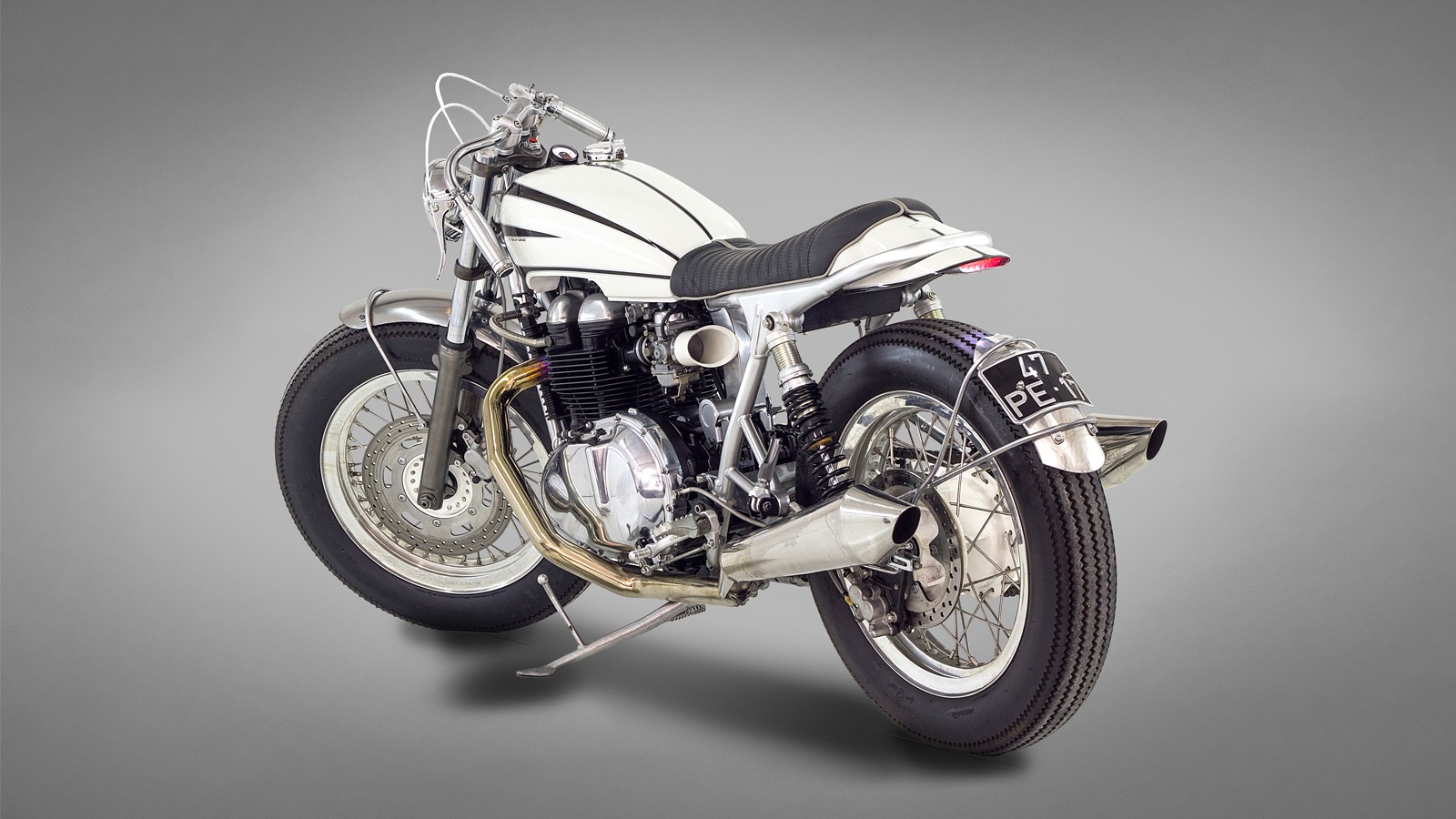 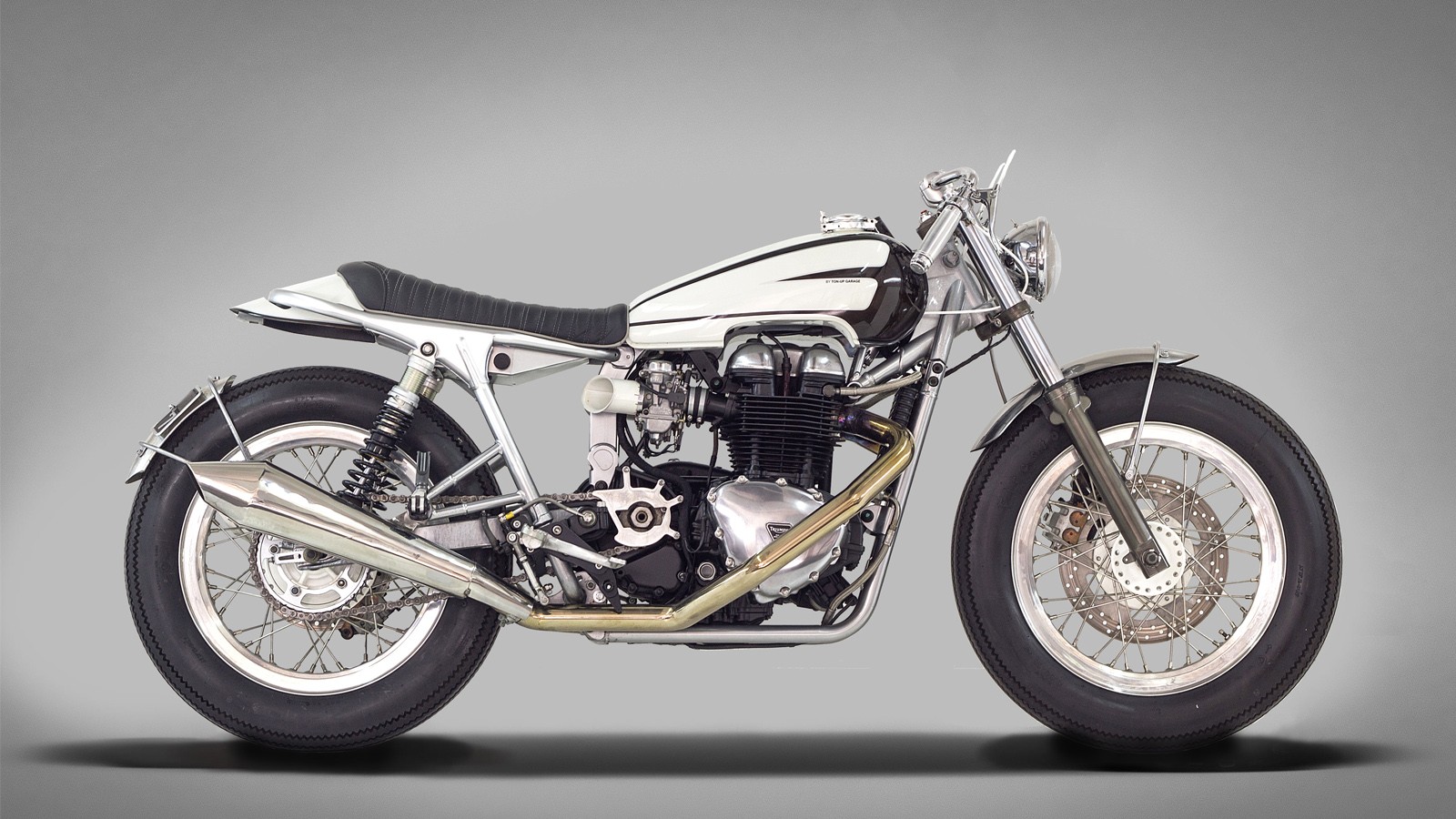 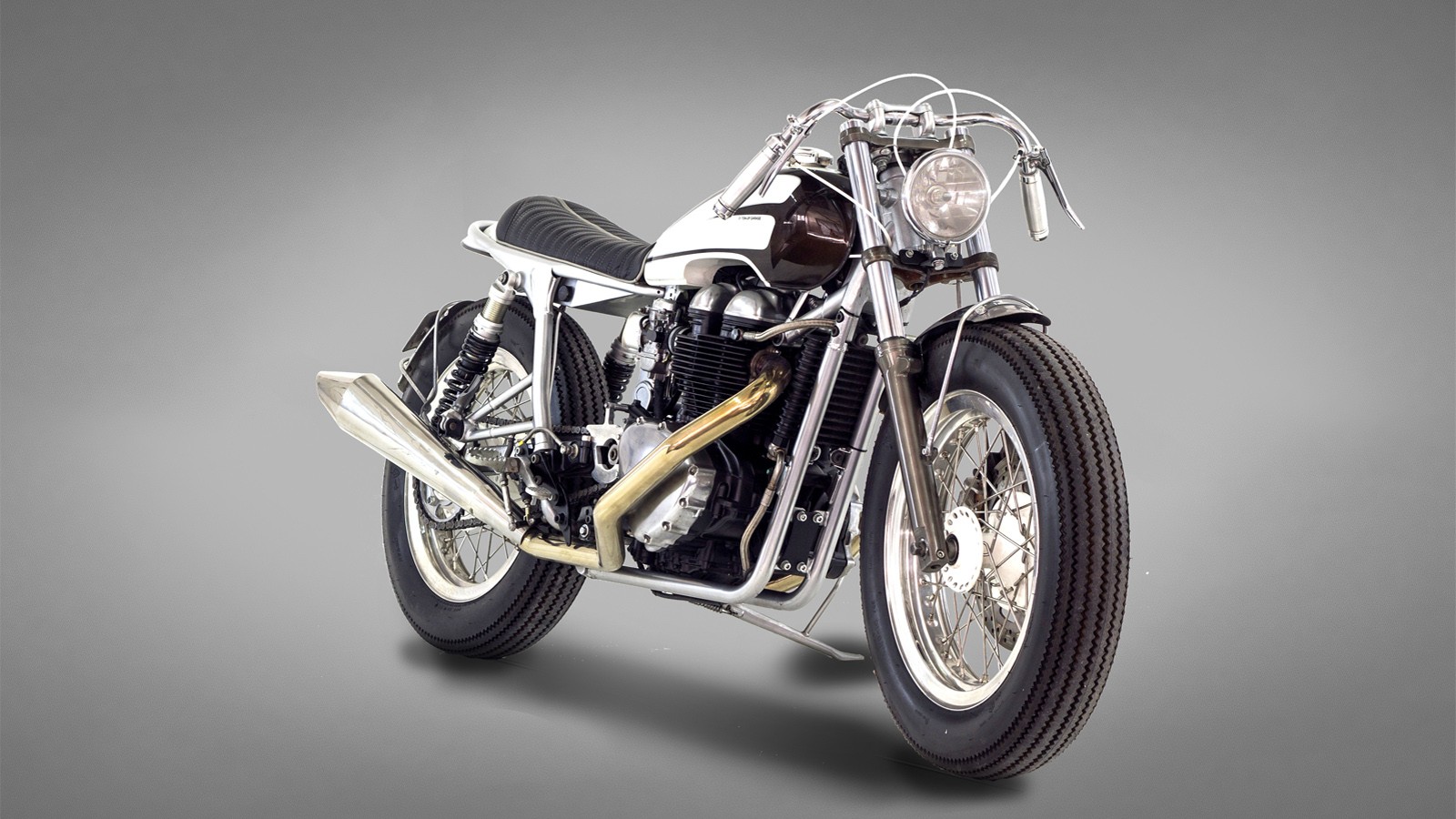 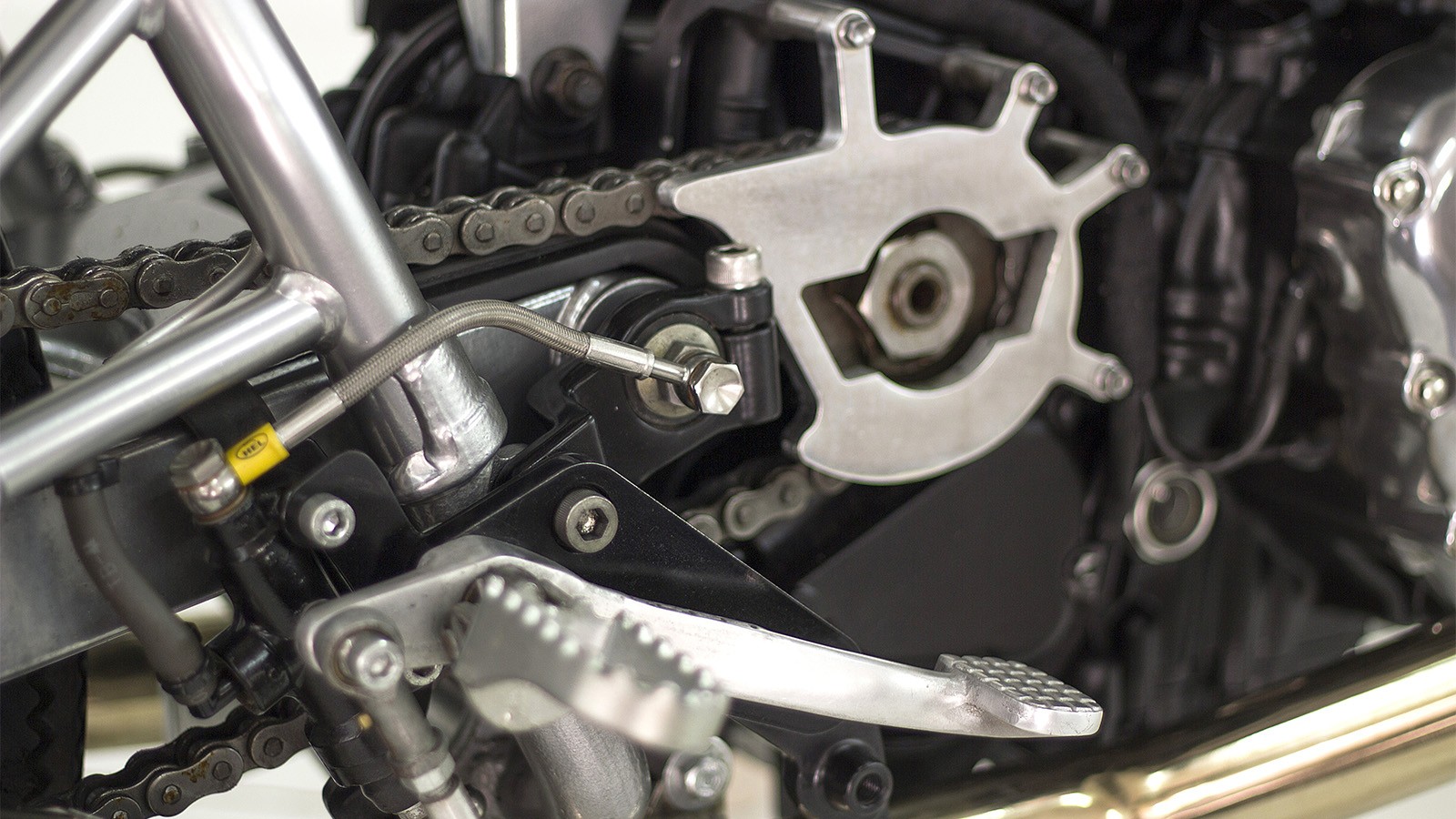 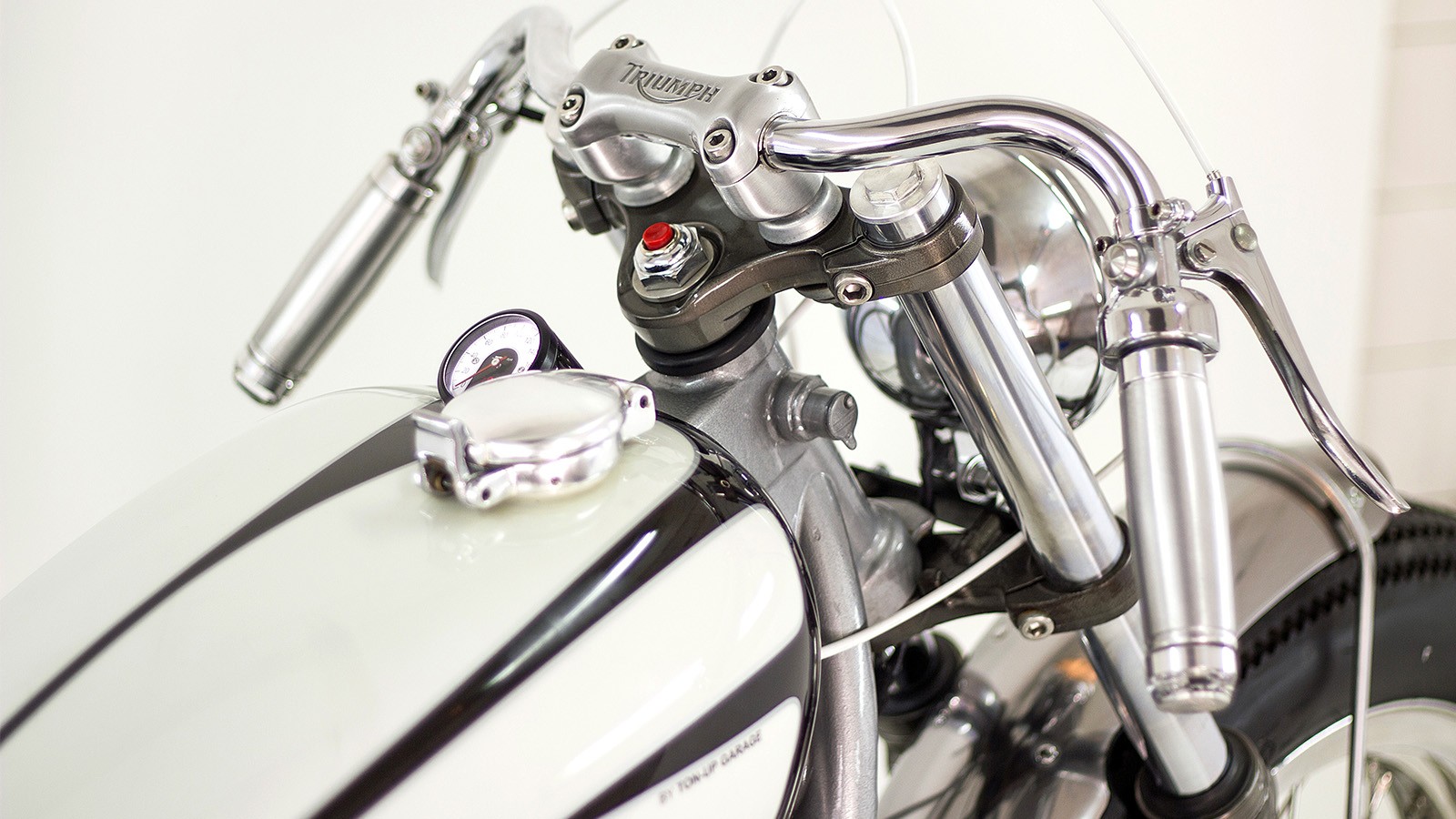 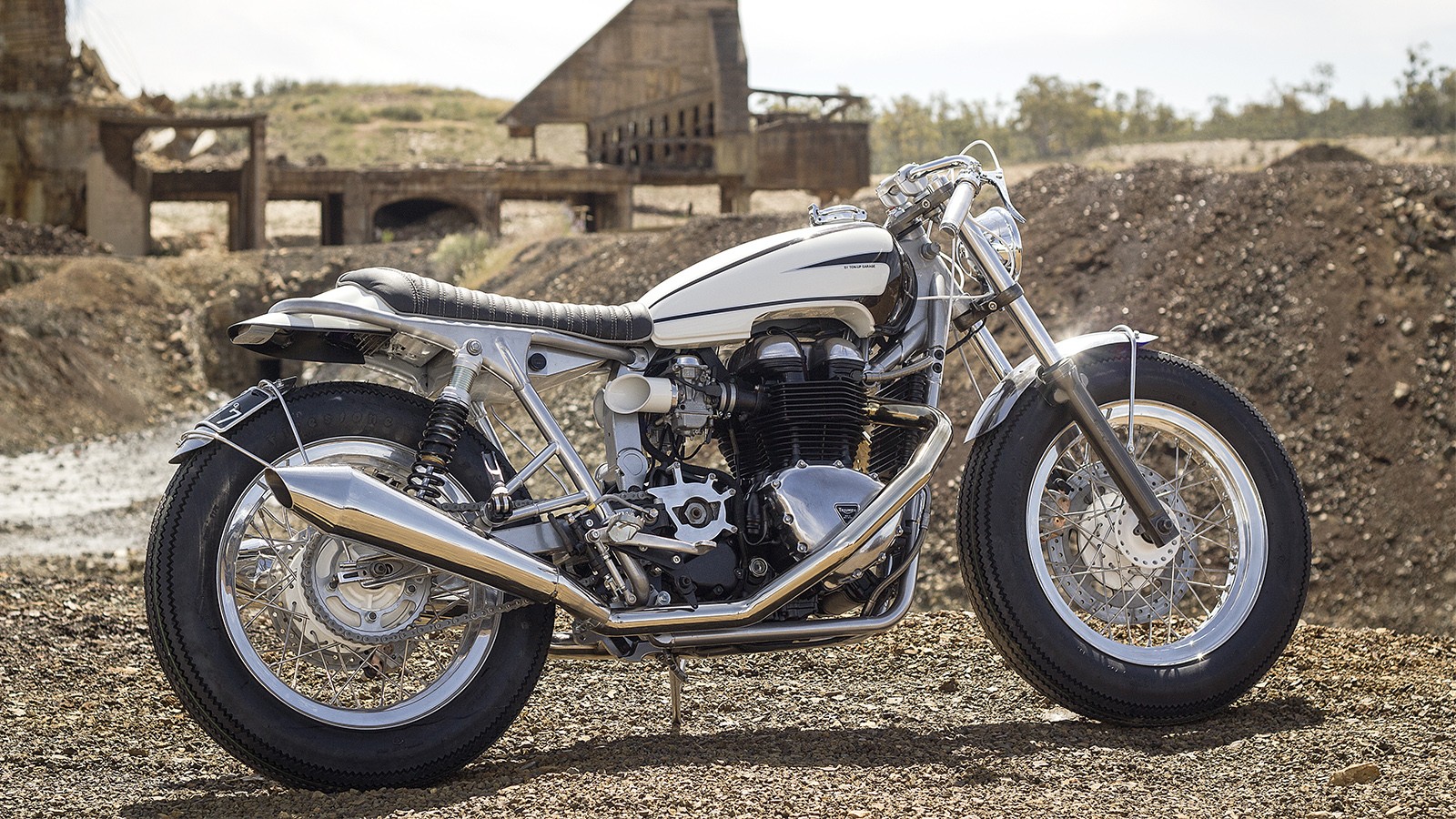 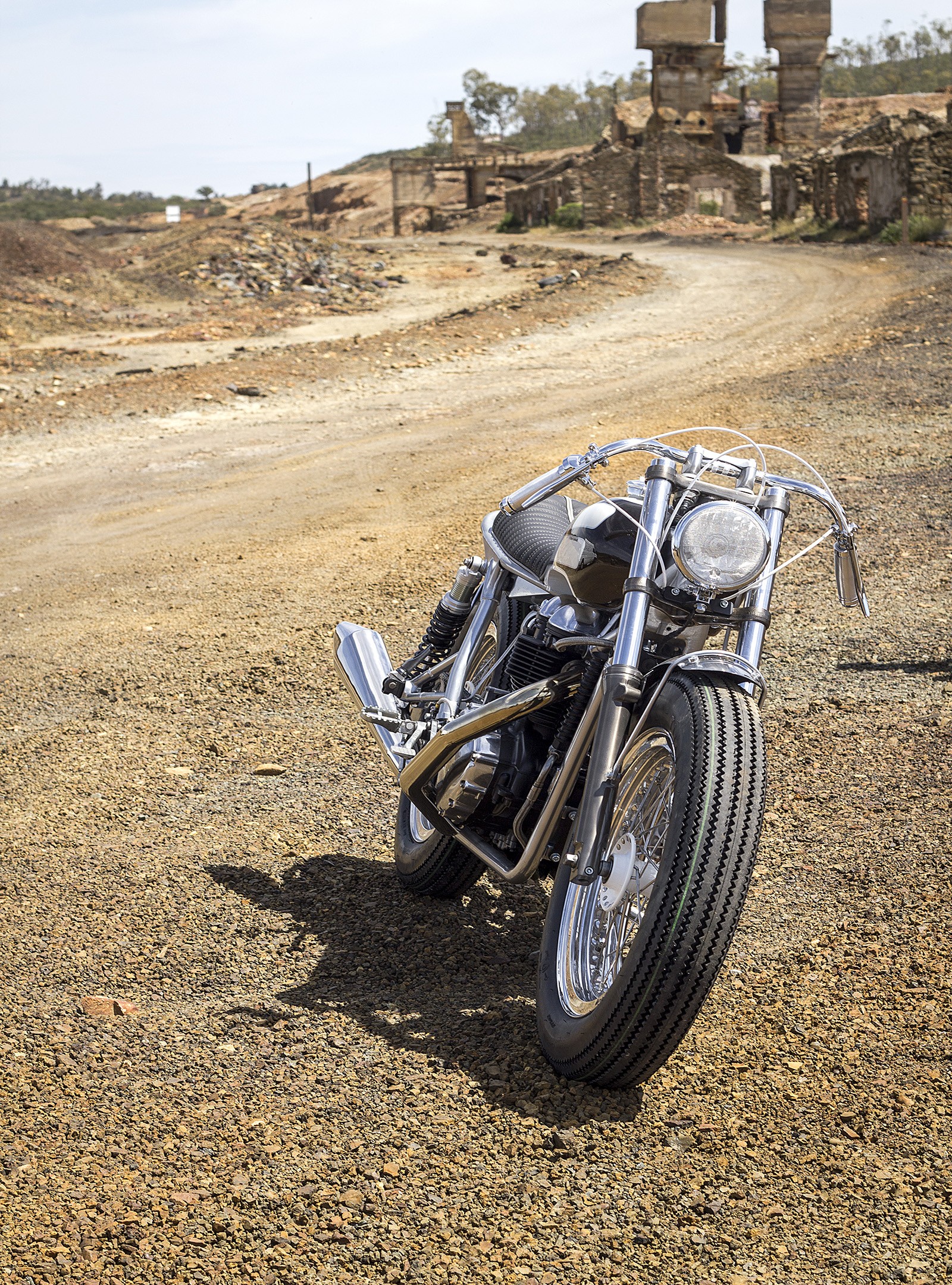 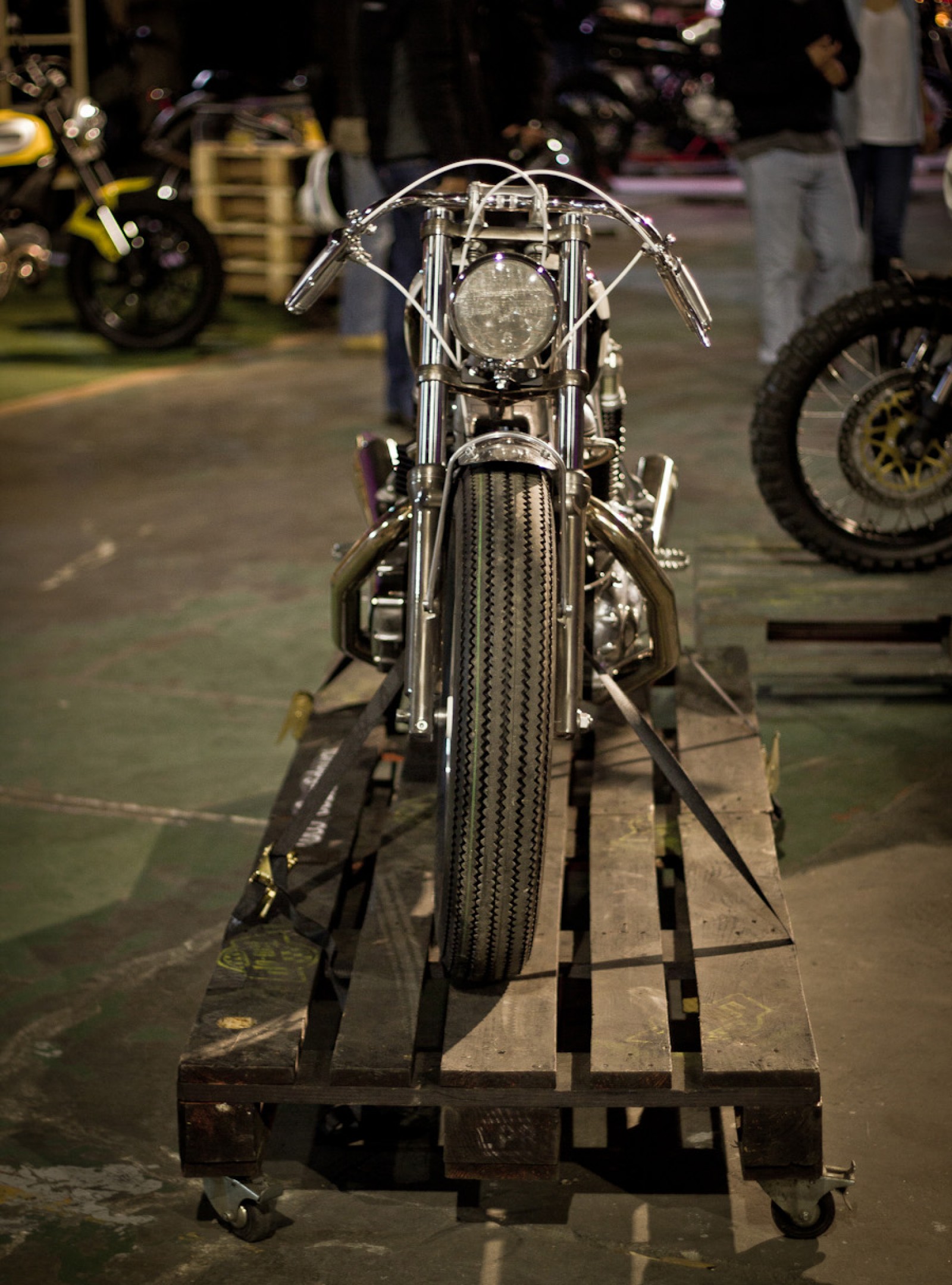 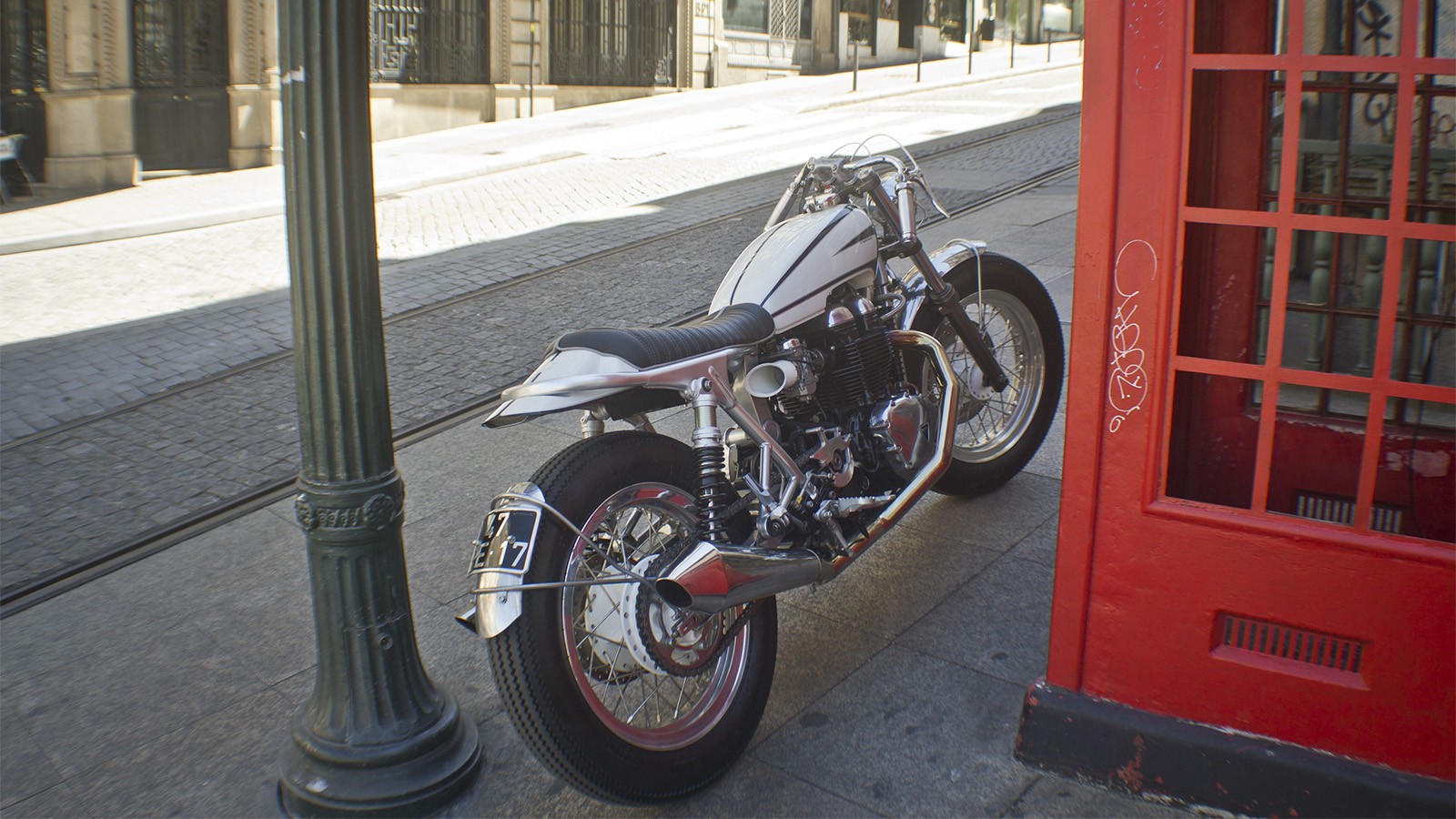 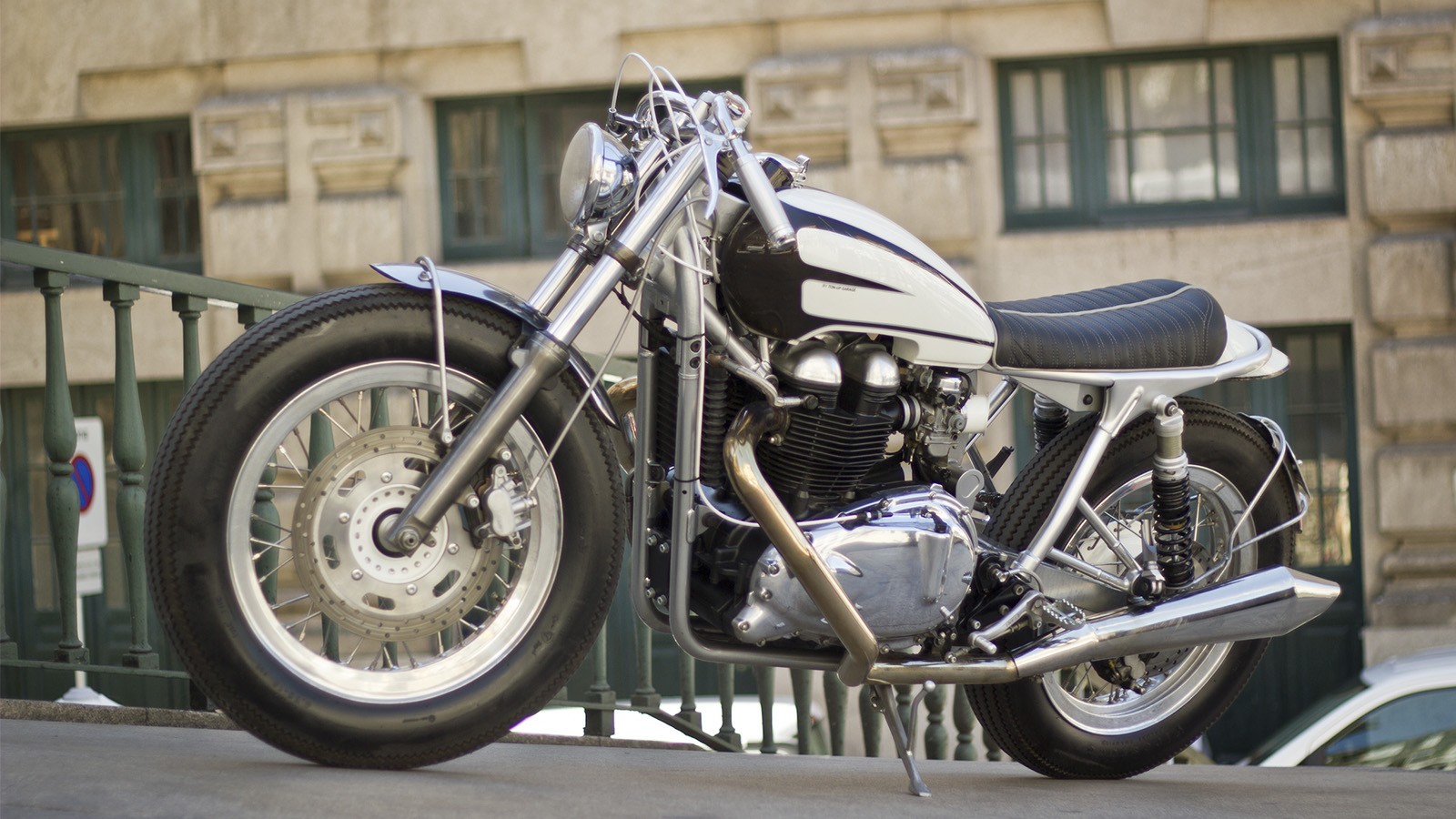 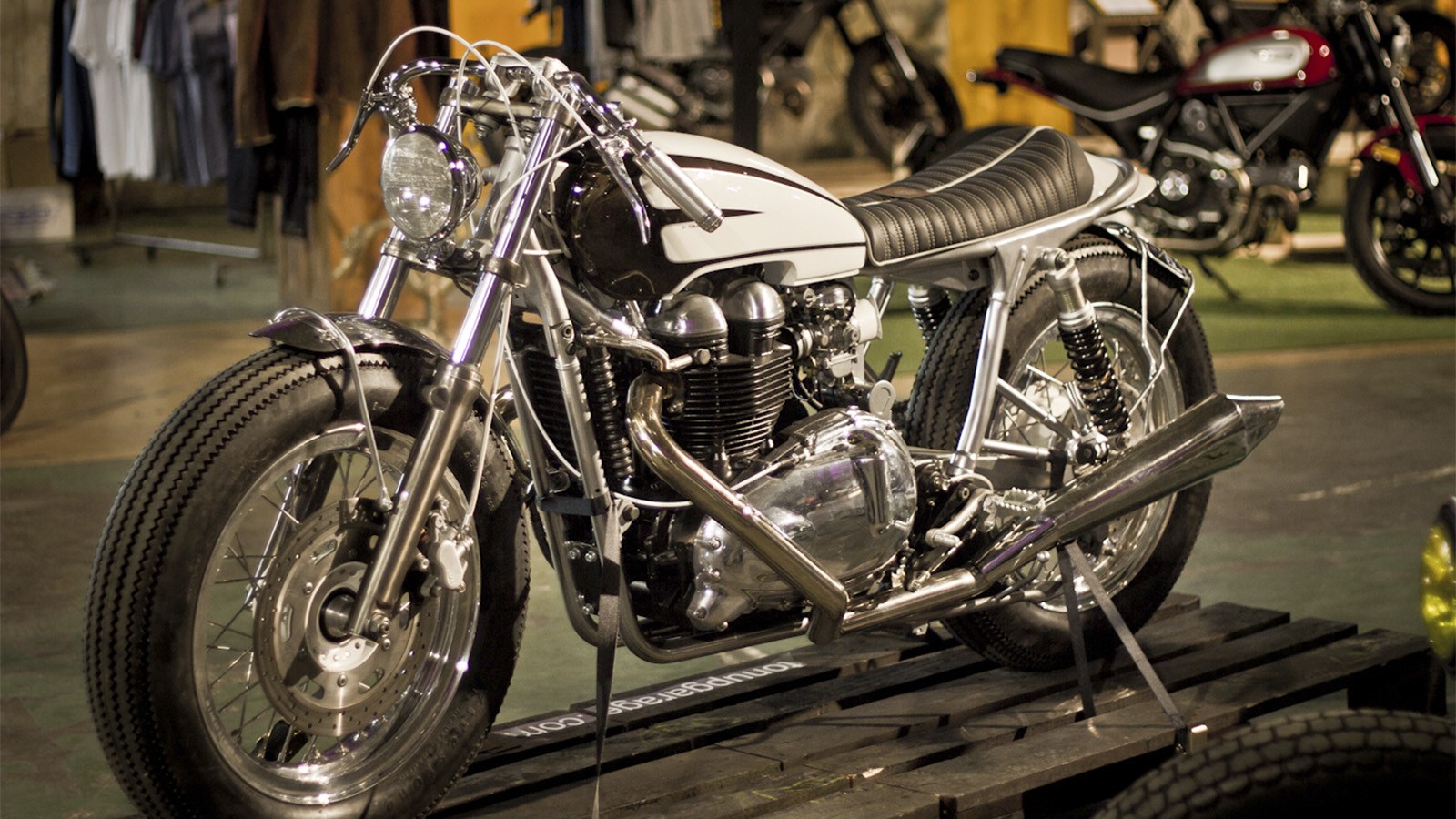 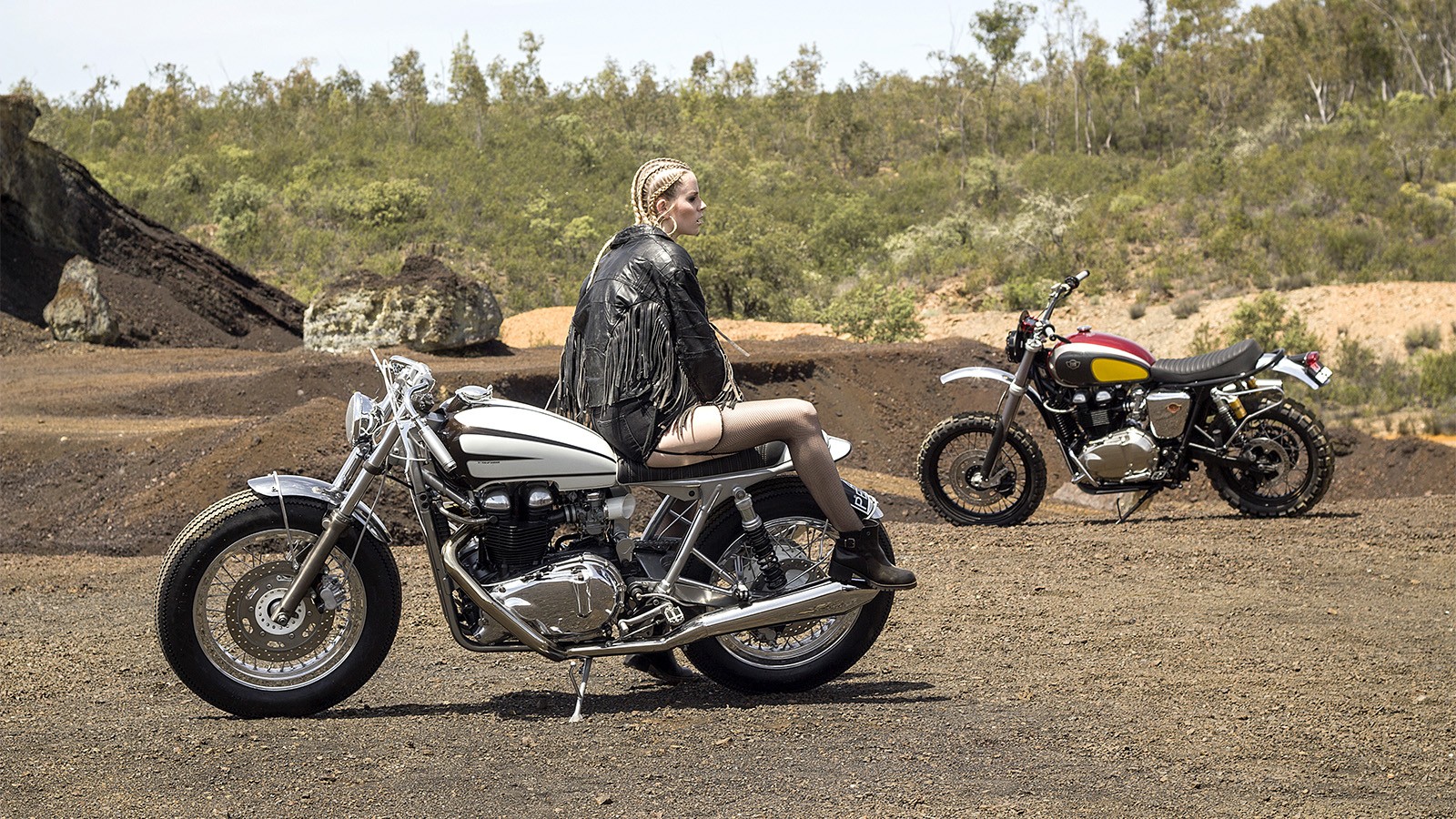 We kind of consider ourselves as Petrolheads! We love everything with an engine inside and we love vehicles since their early times. HotRod is our new motorcycle, is an interpretation of the crazy years between the 30's and the 50 ́s, the golden era off the Hot Rodding. This bike was built taking that in mind, fluent and low lines that were inspired in those hotrods from the early years used in those dry lakes in California where passionate people gather to race between themselves. We compelitely would have raced those races back then :) This machine was rebuilt for “high speeds”, but specially fast acceleration, requirements for a drag race. Who knows us, knows we love the race, feeling the thrill, but we also like to ride beautiful machines. HotRod is our vision of this era on a motorcycle. The elegance of the simple lines, but a pure timeless beauty.

There are major changes on this bike. The frame was chopped on the rear redesigned and the mid section was all cleaned so that the bike has a more light look, proper from a race bike. We’ve built a new tank and also a rear fairing behind the seat. The taillight was inserted on the rear fairing.

The seat as a mix of black leather and grey trim. Beneath the seat there’s the electric box, with a lithium battery and all the electrics needed. On the left side of it we’ve putted the RFID ignition system, the bike has no keys. Motogadget Tiny speedo was fitted on the bike and also 5 3/4” headlight and Motogadget M-Blaze indicators. We’ve fitted very small handlebar switches to use the indicators.

We’ve fitted a pair of rear sets and sporty rear footpegs. Handlebar was specific searched and choose for this bike, we didn’t wanted to use the most common models we’re used to see. We’ve built the handlebar grips (CNC), fitted simple cable brake and clutch levers and we’ve placed on a new section of the bike the front brake master cylinder. This way the bike looks lighters also when we look to the handlebar. The rear brake also operates diferently and the fluid for the rear brake goes through the center of the swingarm. We've tried to have a lot of technical details different from previous models we've built and have the bike as cleaned as possible. These are new challenges we give to ourselves to go further on the builds we do.

The painting was influenced by what was done at the time, which created the sensation of movement with classic colors.