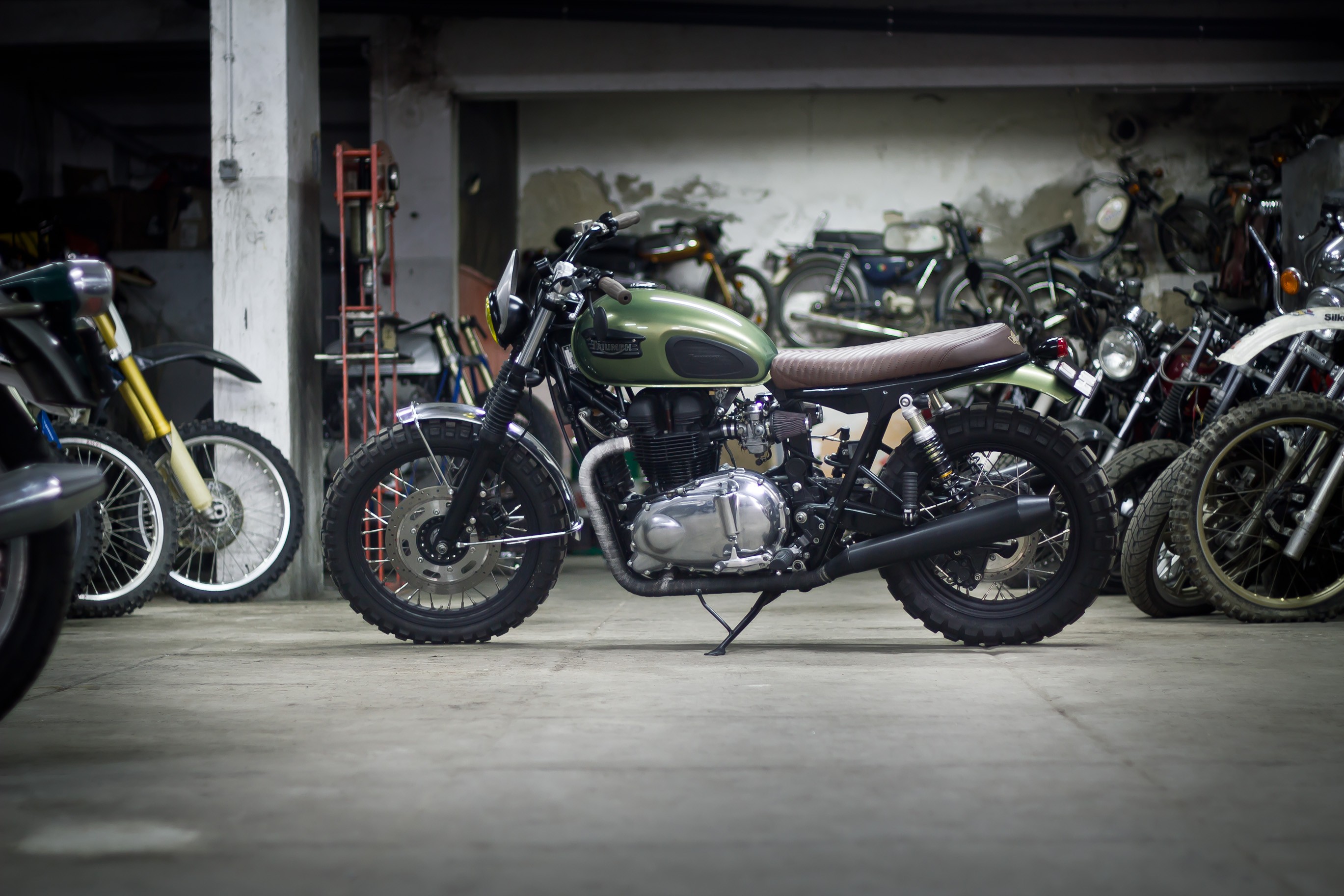 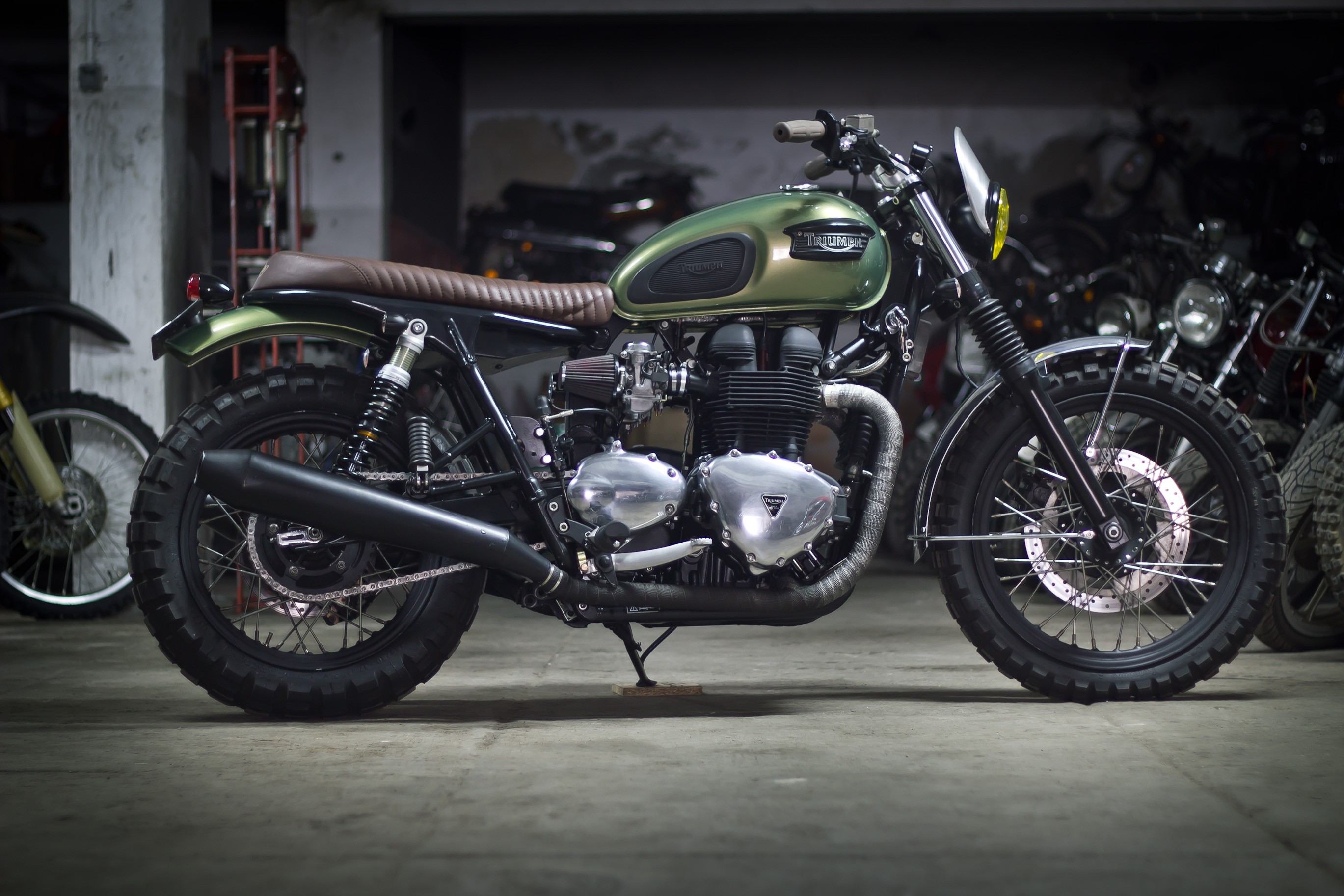 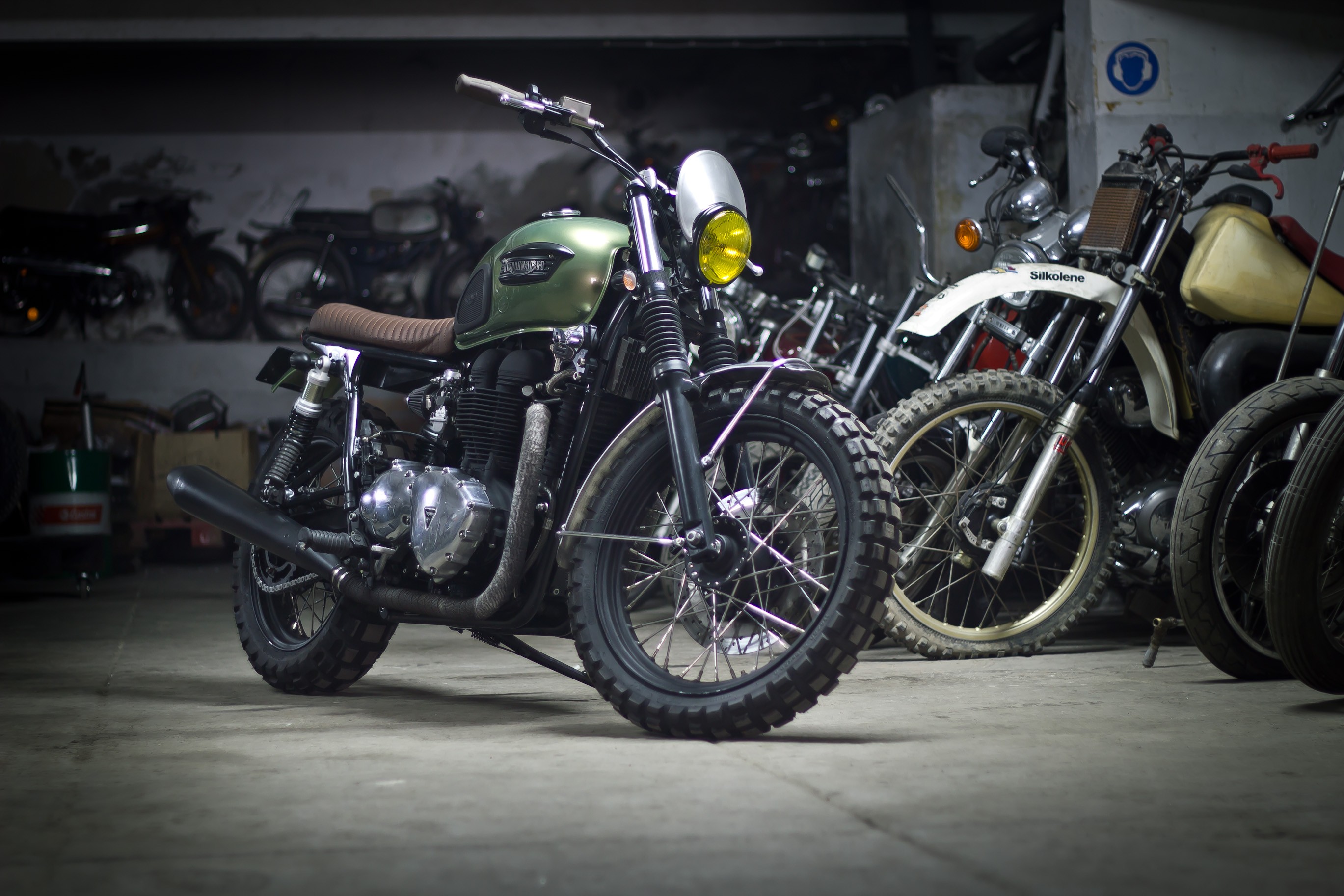 Hellzapoppin was built for a couple that were living the first days of passion and loving affair together. They were brought together by the Lindy-Hop dancing style, created by Frankie Manning. Frankie performs an amazing dancing performance on the movie Hellzapoppin, which both saw and gave them the will to learn. They also discovered that they would like to have a  motorcycle to ride together.

This brings us to our latest creation, name Hellzapoppin and built using a Triumph Bonneville.

Basically the idea was to build a motorcycle that allowed both to ride it to comute in Lisbon, travel on country roads and some soft green lanes, keeping a sports classic character to the bike.

Technically speaking we’ve made major changes in the rear subframe to accommodate the wirings and electrics. Smaller headlight, taillight and indicators fitted. New speedo and electric switches to clean the aesthetics of the handlebar.